Styria is an Austrian federated state that neighbours Slovenia. Under the rule of Ottokar II, known as the Iron and Golden King, this area belonged briefly to the Kingdom of Bohemia. Nowadays, Styria is especially renowned as a showcase of Austrian winemaking, but the markings of the iron industry are also highly noticeable. In the Donawitz district of the city of Leoben you can find a steelworks of the same name, which is famous for introducing a steel production process using oxygen converters (the so-called Linz-Donawitz process). This relatively young method was developed by Swiss engineer Robert Durrer exactly 70 years ago. Today two-thirds of the world's raw steel production is produced by this method. By the way, most of the approximately 1.5 million tons of local steel production is used in railway tracks, including ones 120 metres long, which are unique in the world.

Voestalpine Stahl Donawitz GmbH, which is one of the 500 companies of the global Austrian Voestalpine group, ordered from companies CEC-Cranes and UNEX the design and production of a special 20-axle vehicle intended for the transport of pig iron. Similar vehicles are nicknamed "torpedoes" worldwide. Among other things, they need to be able to handle the transport of liquid steel at temperatures of 1,500°C from the blast furnace to the steelworks, with minimal heat loss. During transport the temperature of pig iron decreases by only 70–90°C. At the steelworks, a rotary mechanism rotates the torpedo with the container and pours the contents into steel pans or furnaces in which steel and later metallurgical products are produced.

The torpedo manufactured at UNEX weighs 146 tons, and with fireclay insulation weighs more than 200 tons. The diameter of the cylinder is 2,900 mm. The wagons were transported from Uničov via Břeclav to the station in Leoben-Donawitz, Austria by ČD Cargo and Rail Cargo Logistics – Czech Republic.

The long-standing cooperation between UNEX and the companies of the Voestalpine group is based on the fact that in Uničov we are able to produce unique, atypical or small-series products of the highest possible quality and contribute to unique innovative projects that place the UNEX brand among the world's leading engineering and metallurgical contractors. 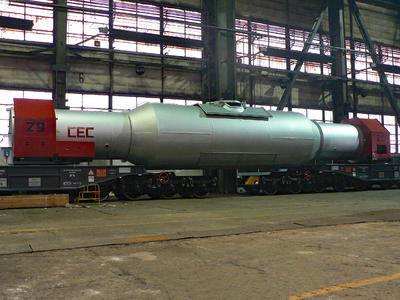 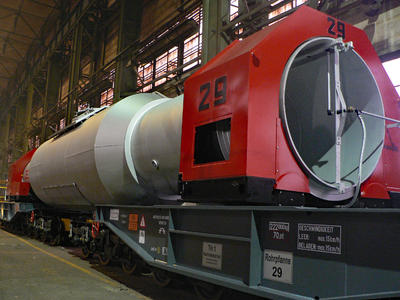 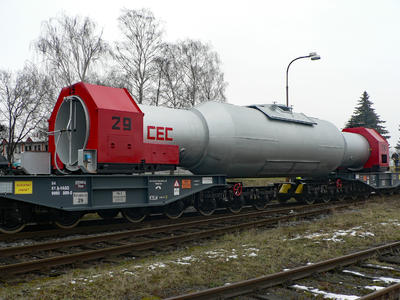